Summer is over… does that mean grilling season is over too?

Fall is a fantastic time of year to grill. The weather is more bearable to a lot of people and everyone likes grilled lobster.

So, here are some directions on a technique for grilling lobster this autumn:

1 – Parboil the lobster – Get some water boiling and throw the lobster in for about 5 minutes. After removing it, put it on ice immediately in order to prevent further cooking.

3 – Season the Meat – Baste the meat with butter, lemon juice and whatever spices you like most. You can look to various lobster recipes or even try out your own combination.

4 – Grill the Lobster – Get your grill to medium heat and cook the lobster, meat side down, for about five minutes. Then, flip the lobster over, re-apply your seasonings, butter, etc. and cook shell side down until the meat it nice and white and firm.

Then you have a nice grilled Maine lobster to enjoy! So, step five… dig in! 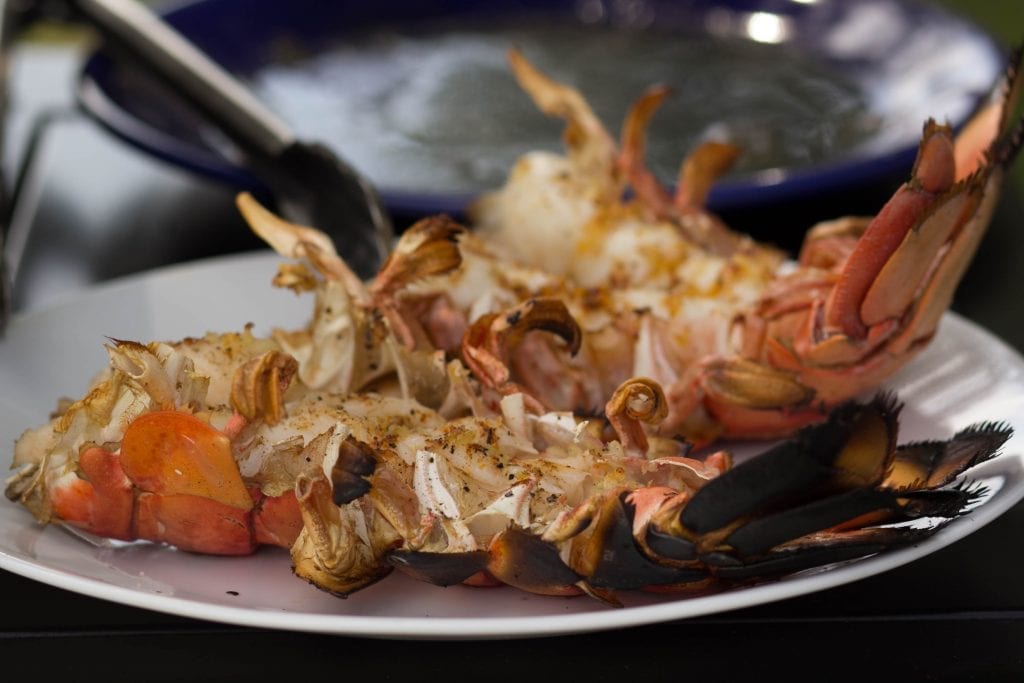