I think that one of the biggest detractors for people and lobster dinners is the apparent difficulty in eating it. But, it’s really not that difficult, it’s just not what you’re used to. Plus, it’s so worth it!

So, how does one eat a fresh Maine lobster?

The claws are probably the easiest part to eat, in my opinion. You simply twist them off the arms and crack them like you’d crack a walnut. From that point, you use a lobster pick to get the meat out and enjoy!

Most people consider the tail to be the best tasting of all the lobster meat. First, you need to uncurl it and break it away from the body with a twist. You’ll see various things inside the lobster at this point, mainly the meat. But, you’ll also spot the greenish liver and, if it’s a female, red eggs.

Now, you can eat the liver, but I don’t recommend it. A lot of people consider this a delicacy, but livers are a filter for contaminants, so it could actually be dangerous to eat it. The eggs, on the other hand, are entirely safe to eat and many consider them to be a delicacy as well.

But, what you want it the meat! So, break off the tail flippers and get the meat in them (don’t put any precious meat to waste!). Then, push out the tail meat from one end to the other with your thumb. This motion should get all of the meat out pretty easily, but you can use the pick to get out anything stuck inside.

Now you just have to get the legs! Break each leg from the body, bite down on each leg to loosen the meat inside, dip in butter (if you like) and suck the meat out like a straw. You could almost consider this last step something like the icing on the cake, you’ve just eaten the delicious tail meat and you still have more left after the main section! 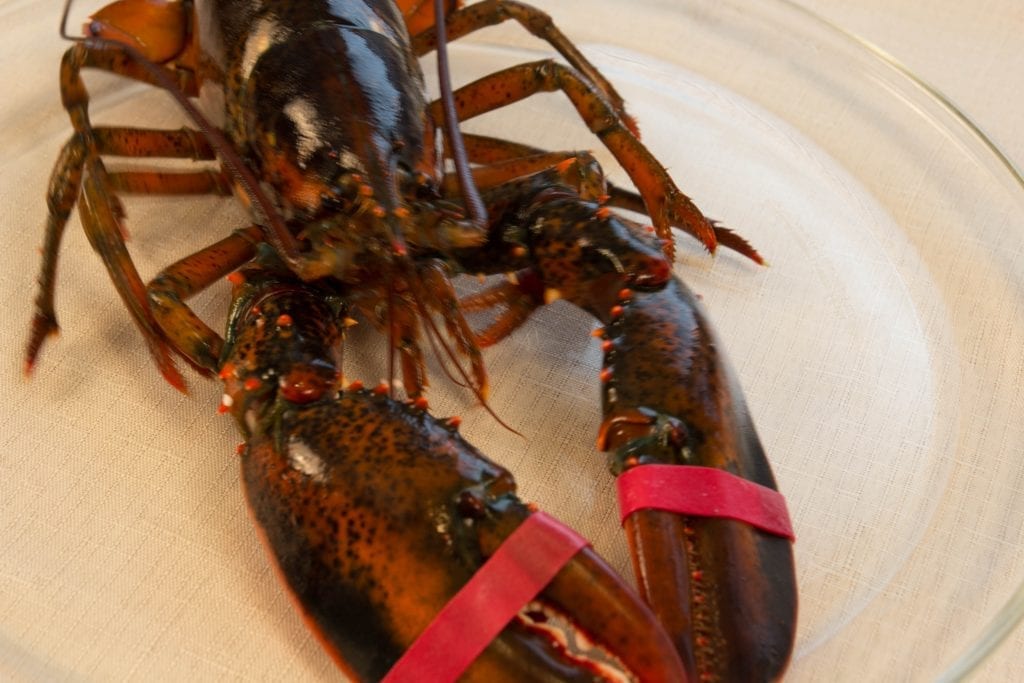